As I tend to do on a somewhat regular basis I logged on to the internet this morning to see what was new with our beloved Tide. I typed “Tide” into the search engine as usual and what do I see? The first several stories that pop up on the results page are about how people are eating laundry detergent. 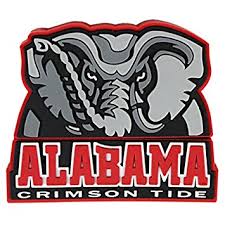 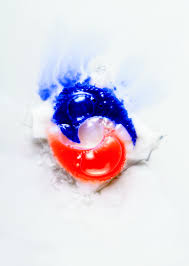 Nick Saban has brought our program so far out of the national limelight that when you google the nickname of our beloved school you see stories about kids eating laundry detergent instead of meaningful information about the Alabama Crimson Tide. I’ll tell you one thing, this definitely never happened under Bear Bryant!

Earlier this week former NFL superstar, Plaxico Burress, commented on Nick’s greed and lack of commitment.  This startling outburst from the articulate gun-toting ex-criminal is an enlightening and refreshing perspective on what Saban’s coaching style and motivation is rooted in: get money and lie trying.

Who can deny Nick’s flighty behavior and hypocritical moves as he continually stresses that football is not about the money. Whatever you say, Nick.

I recall Nick Saban telling me to stay in school finish what I started, I wasnt 1st round pick and he left for LSU b4 the season was over

Now Nick Saban goes on tv saying that kids are distracted byNFL projections. Well, the kids are just chasing a dream that you were. $$$ — Plaxico Burress (@plaxicoburress) July 15, 2015

N Saban looked his players in the face at the Duf, said he wasnt leavin, I’m committed to the program” and was gone the next day. Tru story

Now Nick Saban players are being distracted by the NFL and chasing a dream, haha tell your story Nick. LSU showed you $$, you was GONE! Ha — Plaxico Burress (@plaxicoburress) July 15, 2015

Nick Saban actually told me I was a second round pick. I said, “where are you getting your info from? Are you watching these games? Hahaha